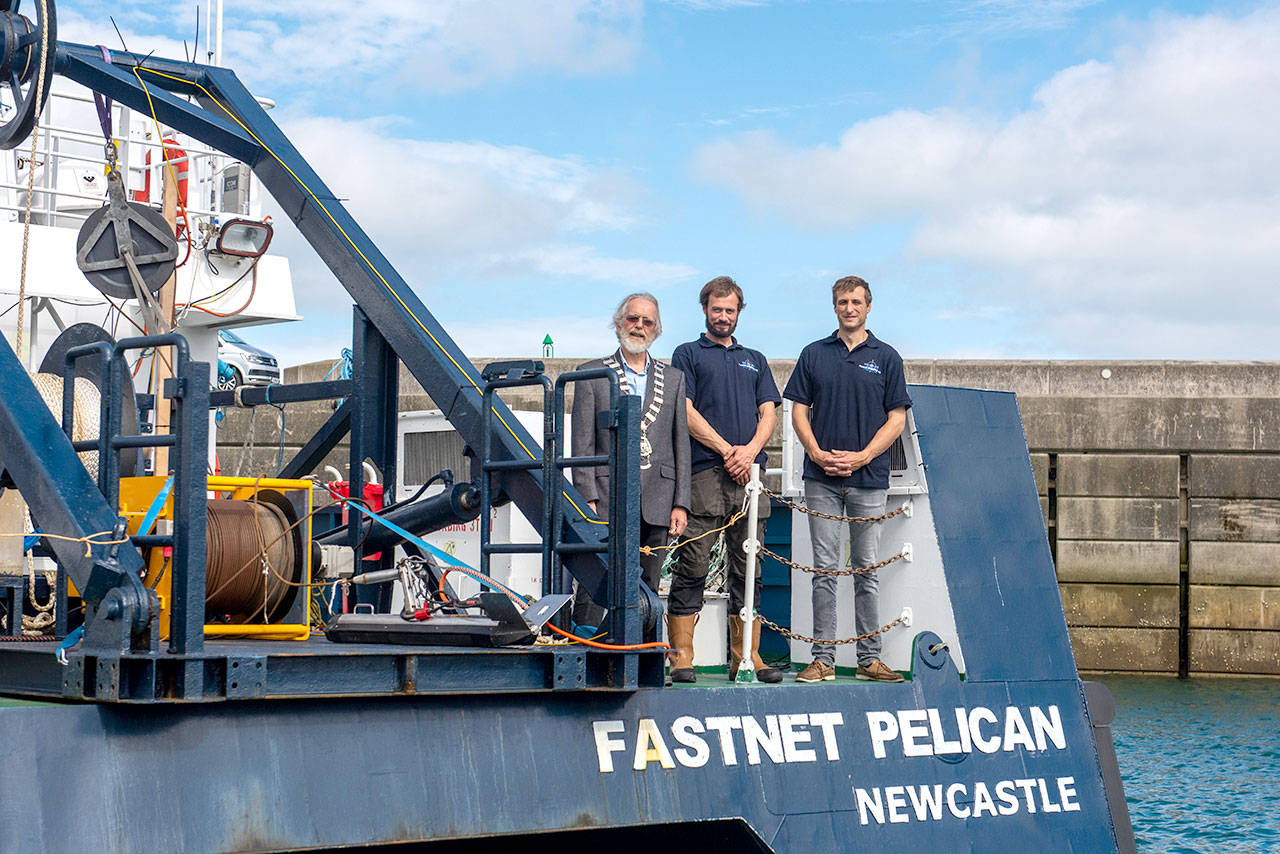 Cathaoirleach of Greystones Municipal District Derek Mitchell welcoming the skipper and engineer of The Fastnet Pelican to Greystones Harbour.

They have been surveying cable routes to shore for the Codling Windfarm for the last 6 weeks. This information will form the basis of the licence application for the windfarm. The crew of 6 have been staying locally.

We need to urgently save carbon and a windfarm 14km out to sea is a good way of doing that. The turbines will be visible from Greystones and we need to get trade and jobs from it. I am also asking for an Interpretive Centre and other items to provide a sense of connection to this large windfarm.